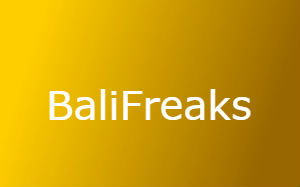 What to see Bali

Other places on Bali

The Spirit Sweeps over Bali

Required is a passport that is valid for at least 6 months after departure from Bali. A visa for 7 to 30 days stay is provided on arrival in Bali, the cost is 25 U.S. dollar, you have to pay cash.

The capital of Bali is Denpasar. Until 1958 the capital was Singaraja.

Bali has a tropical rainforest climate. It has two seasons. From October to April is the rainy season. From April to September is the dry season. The temperature is almost constant throughout the year. On top of the mountains it is a lot colder. In addition there is a significant temperature difference between the north and south. On the south coast, the average is about 5 ° C warmer than on the north coast.

Bali has a voltage level of 220 volts. Sometimes there are power problems, it is convenient to carry a torch with you.

Bali is separated by the 2 km wide strait of Java. The unique culture and beautiful scenery attracts travelers from all over the world. The Balinese people are friendly and welcoming, tourists are welcome everywhere, even in the most religious ceremonies.

Do not drink water frpom the tap in Bali. In most restaurants and cafes is it safe to take ice in your drinks. When having severe health problems it is best to go to a private clinic. For divers, there is only a decompression chamber in Sanur. In Bali there are many pharmacies, these are generally good. The risk of malaria is extremely small in Bali, nevertheless it is good to use DEET.

Bali has its own language: Balinese (Bahasa Bali). The official language is Bahasa Indonesia. Do you want to learn Bahasa Indonesia in Bali, then there are many possibilities.

The currency in Bali is the Rupiah or rupiah (Rp). The exchange rate of the rupiah fluctuates greatly. In many places you can also pay with U.S. dollars and sometimes even with euros. Always take some Rupiah in small denominations with you, because people often have trouble to give change. Tips are not mandatory in Bali, but many people get paid bad and will greatly appreciate a tip.

Many Balinese give their children names in the order of birth: the firstborn called Wayan or Puti, the second one is called Made or Kadek, the third child Nyoman or Komang and the fourth child called Ketut. With the fifth child naming start again.

Rice is an important part of all meals in Bali. Rice is also a symbol of the fertility goddess Dewi Sri, who is revered to with shrines in the fields. Irrigation of the rice fields is done by means of a complicated system. The rice terraces are often beautiful to see.

Bali has many temples, the main temple is the Pura Besakih. Balinese temples are walled and open at the top. The temple premises has three courtyards, the third is the most sacred. When visiting a temple there is a dress code: knees and shoulders must be covered, generally, it is possible to rent a sarong at the entrance.

The country code is +62. Please note that Indonesia has a different country access code for some countries.